New to Windows 10? Here are the Best New Features Print

While anyone familiar with Windows 7 and 8 probably won't struggle to adapt to Windows 10, the latest version of Microsoft's operating system does come with some new features that are worth checking out. Check out our curated list of highlights below:

Windows 10 brings back the Start Menu (missing from Windows 8) and makes a bunch of improvements. When you launch the start menu (by clicking on the Windows icon or pressing the Windows button on your keyboard), You'll see the menu is divided in half (roughly). The left side has most of what you're used to finding in the Start Menu: a list of all your applications, a shutdown/restart/sleep menu, access to your computer's settings, and the File Explorer. If you click on your username in the top-left corner, you'll be given option to lock your computer, log out, or switch to a different user account:

One more Start Menu trick: if you right-click on the the Start Menu Icon (or long-press on a touchscreen) you get a list of advanced settings like the Power Settings and the Task Manager.

If you want to customize the appearance, size, and tiles that are visible on the Start menu, this video shows you how you can tweak the Start Menu to your liking:

Virtual Desktops have been around for a long time in Linux and Mac OS X (they're called Spaces on a Mac), but Windows 10 is the first Microsoft operating system to incorporate them. Virtual Desktops allow you to expand your 'virtual' screen real estate beyond the limits of your monitor. It's a little hard to explain, but the video below will show you how to add and switch between them.

There's an icon in the taskbar that allows you to create virtual desktops and switch between them. This button brings you into Task View and shows you all of your open applications as smaller windows. It's a useful way to see all of your open applications at the same time. Mac users will be familiar with this feature, as Macs have had it for a long time under the name Expose.

Think of Cortana as the Microsoft equivalent of Siri on the iPhone or Google Now on Android phones. At the most basic level, it's a smart internet search that you can use by typing in the search box in the taskbar or by pressing Win + S. 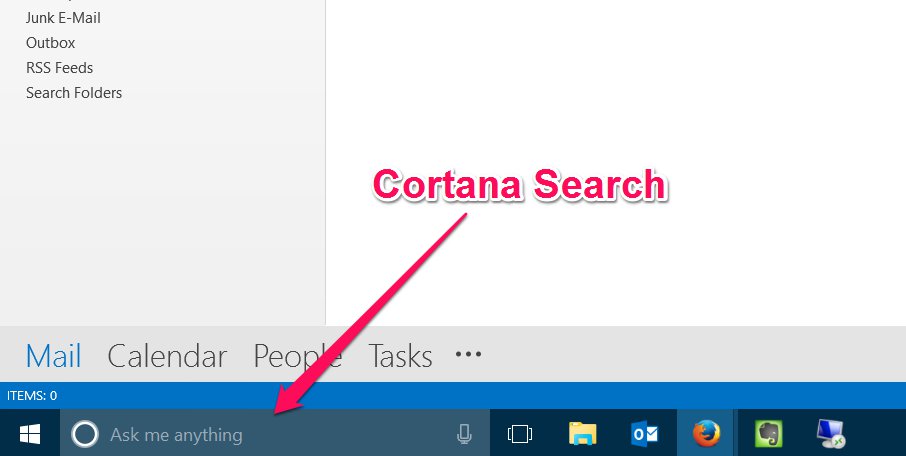 In order to use Cortana, you'll be prompted to sign in with your Microsoft ID. This is different from your TSS login and you may not actually have one. If you have an email address @hotmail.com or @outlook.com, you can use those logins here.

Once you're up and running, you can type questions into the search box, of course. Cortana becomes much more useful, however, if your computer has a microphone because you can also ask questions verbally. Just like Google Now or Siri, you can program Cortana to recognize your voice and respond when you say a launch phrase: "Hey Cortana". Beyond basic searches, here are some other things you can ask Cortana:

The video below will walk you through some of Cortana's other features. The bottom line: if you like the idea of asking your computer to perform tasks, you'll probably get a lot of use out of Cortana. If not, there's not much of a reason to enable Cortana search.

Windows 10 brings a number of other features and improvements, but these are probably the most useful.